In this post I will cover the minor scale on guitar, as well as the scale formula for the minor scale, how to play the minor scale in any key, how to identify intervals by counting the notes to understand what makes a minor 3rd interval (scale degree names), etc.

Ok first let’s look at how to play a minor scale on guitar! 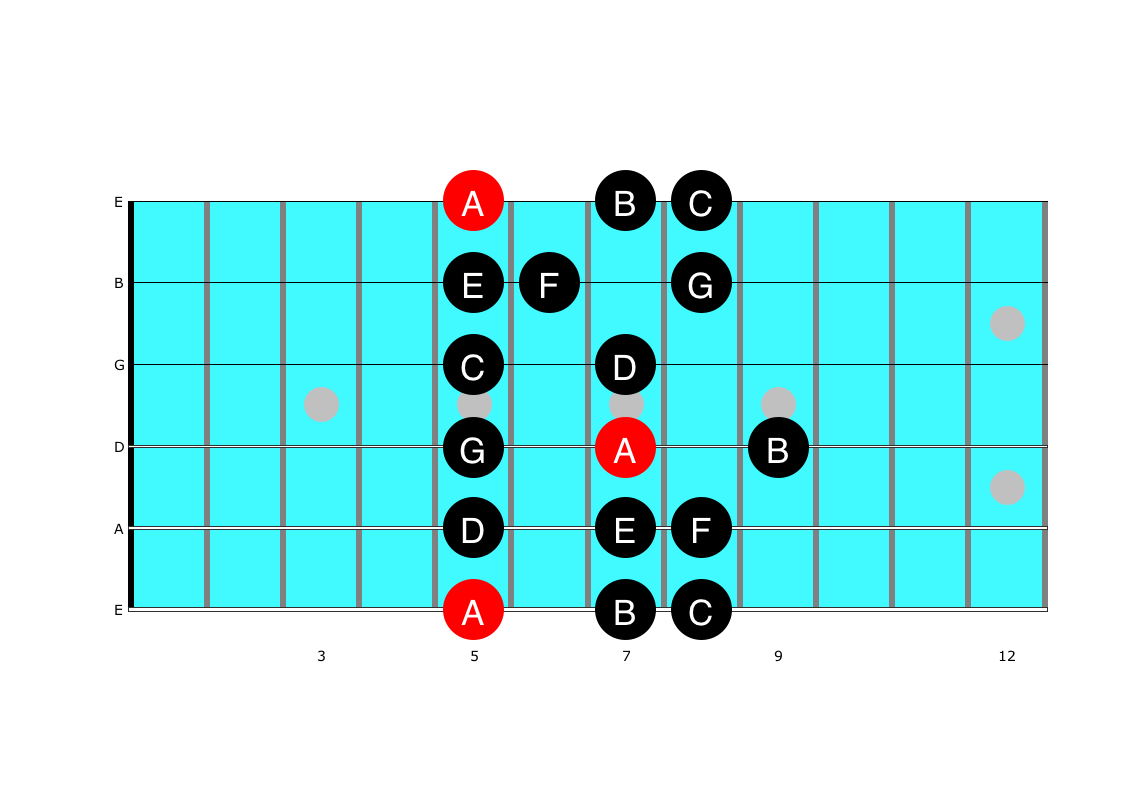 This is the A minor scale!  Notice it’s all the whole notes (A B C D E F G), the piano scale for this would simply be all the white notes!

The notes in red are simply the root note (the tonic note).

And here is the tablature for the A minor Scale:

Formula for the Minor Scale

The Formula for the minor scale is:

This gives us the seven notes of the minor scale!

This is true no matter what key you are in; you just start at the root note and walk up the fretboard using the formula.

How to Play the Minor Scale in Any Key

To play the minor scale in any key, just find the key you want to play it in on the low E string, and then play the same scale pattern (or shape) that you played for the A minor scale above!  This will, of course, follow the same formula just explained… 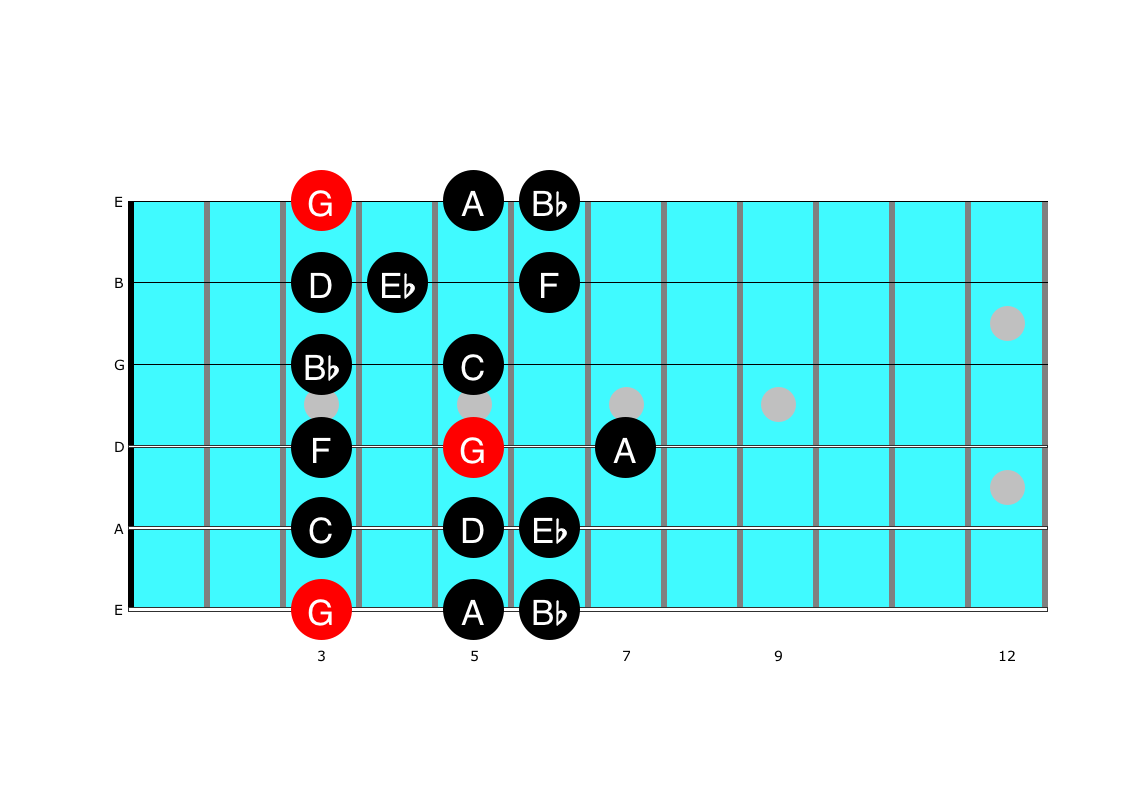 Above you see the G Minor Scale.  Notice that it has the same shape as the A minor scale, but is just starting on the 3rd fret of the low E string, which is the note of G. 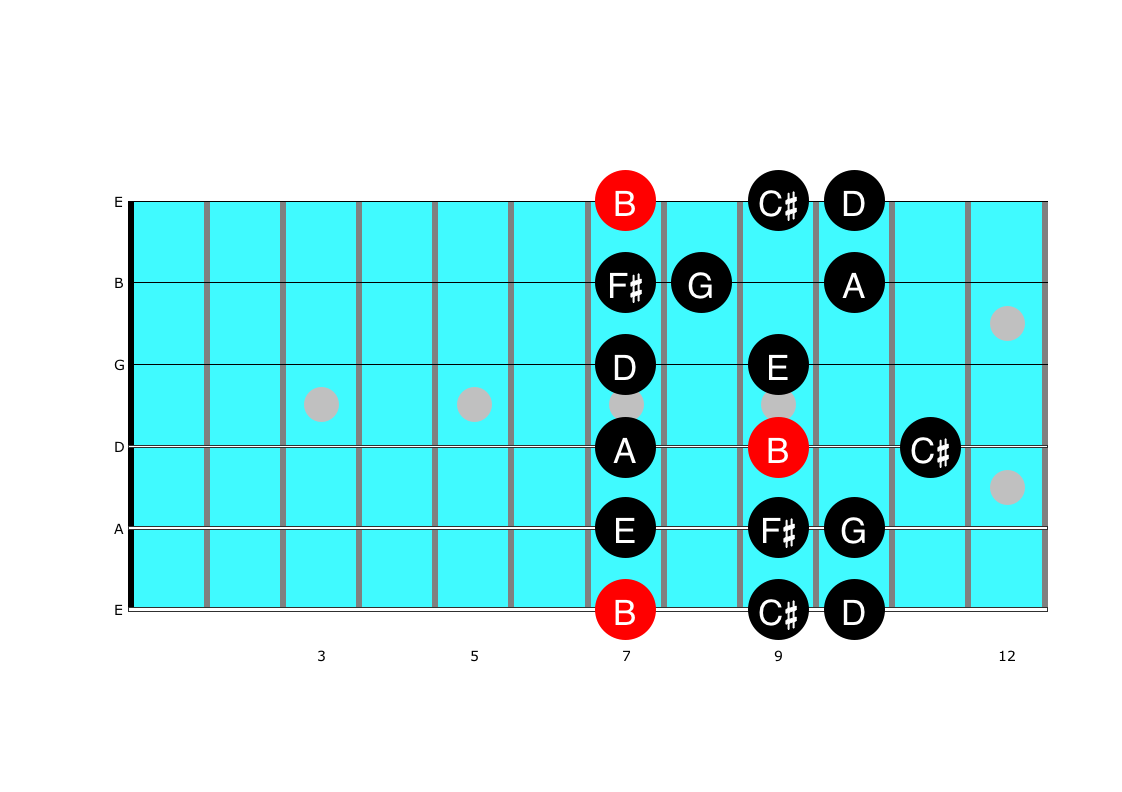 Again, you should notice that the pattern is the same, just starting at the root note of B, found on the 7th fret of the E string.

And here is the D minor scale: 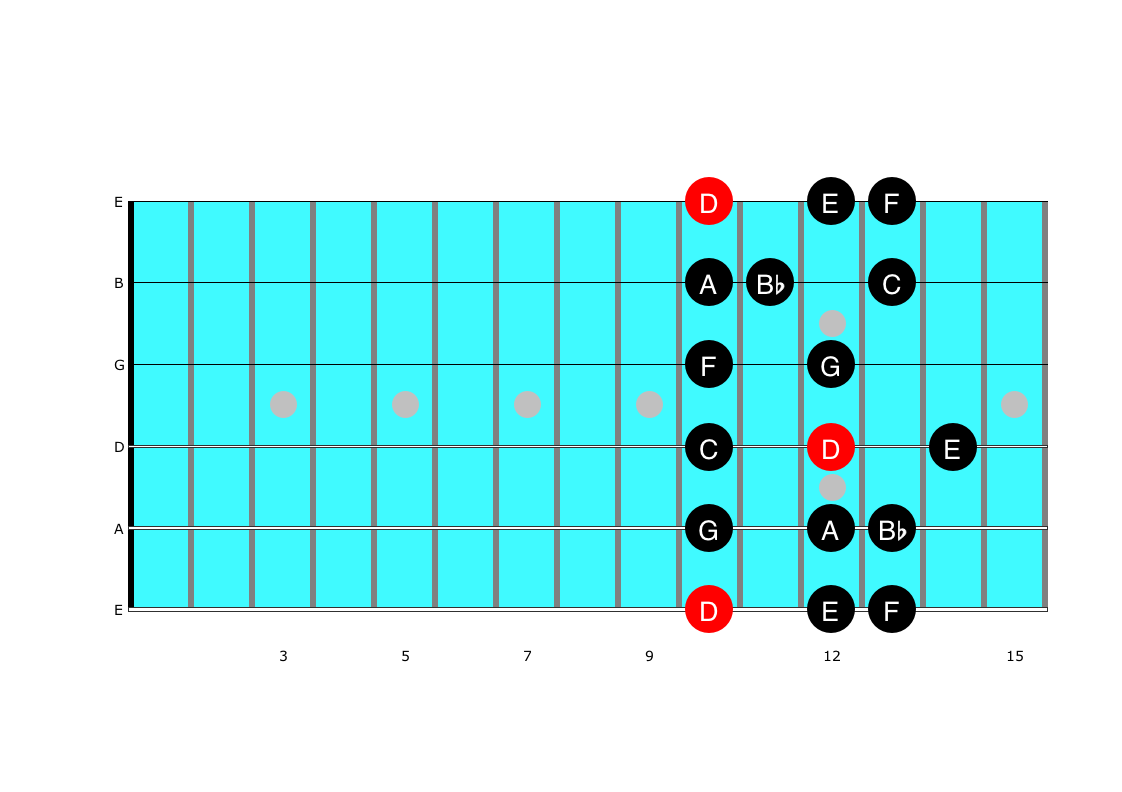 In the previous blog on the Major Scale I explained what Intervals are, as well as the major and minor scale intervals.

Essentially we are just talking about the difference between two notes (whether the next note in scale is a whole step away or a half step away ~ which is actually fully explained in the formula for the scale ~ WHWWHWW).

Intervals also relates to the relation of notes in scale, which is what we’ll look at here.

Major and minor intervals simply refers to the notes in either the major or minor scale.  In this blog I’ll explain the minor scale intervals more deeply.

The first thing you want to get used to is simply counting the notes in scale: 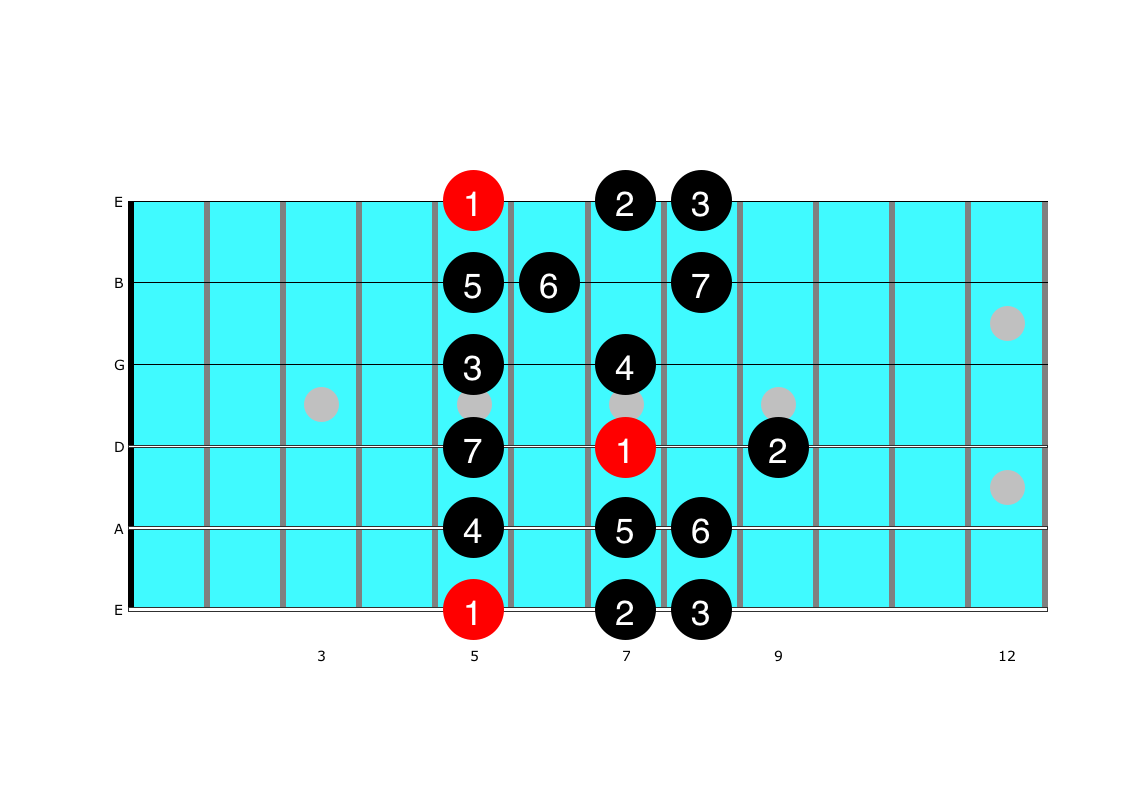 The Difference Between the Major Scale and Minor Scale

You’ll notice that some of the interval names for the minor scale had the word minor in them (ex. minor 3rd).  This is because these are the notes that are different in the minor scale.

What I mean is, the difference between the Major Scale and the Minor Scale is:

(in comparison to the major scale)

To flat means to take the note down a half step, or one fret.

This is the difference between the major and minor scale.

Ok, the last thing we’ll discuss in this blog are minor triads.

So if you look at the A minor scale above you will see that the root is A, the 3rd is C, and the 5th is E.

This is what makes an A minor triad: A C E

How to make a minor chord on Guitar

A minor triad is what makes a minor chord!

So if you look at an A minor chord it simply consists of these three notes: A C E 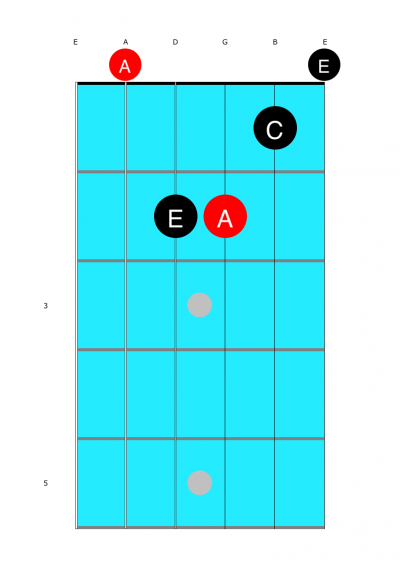 This is true no matter what version of the Am chord you are holding, like a barre chord: 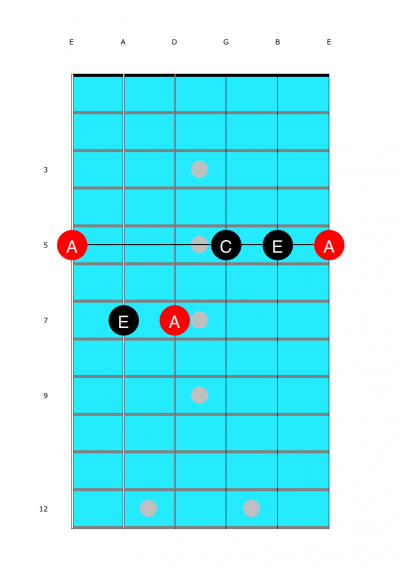 That’s how to play an A minor chord on guitar. 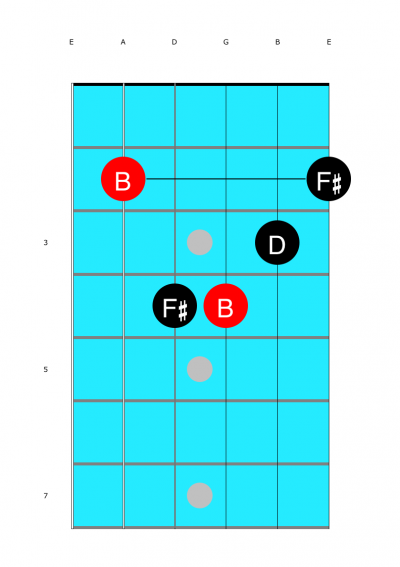 How to tell if a triad is major or minor

So the difference is the major 3rd vs minor 3rd. 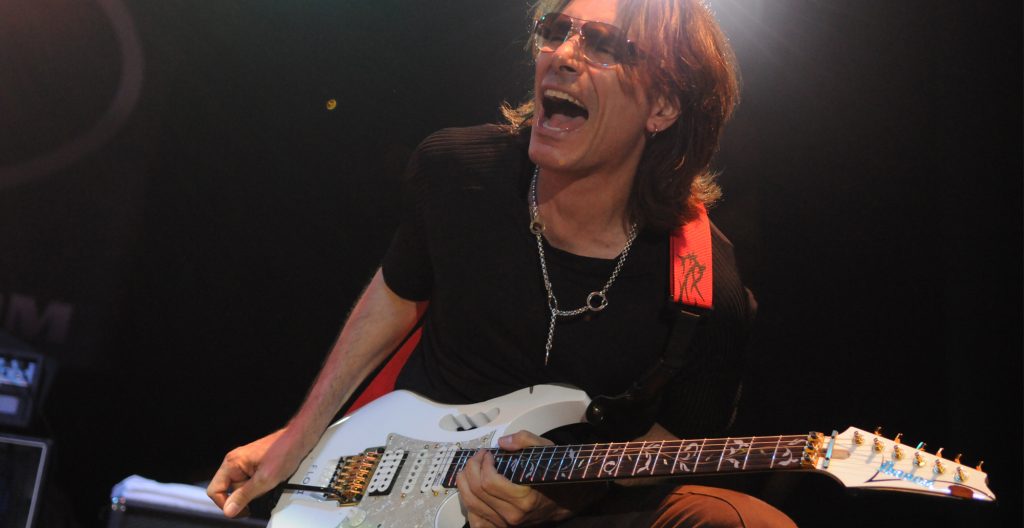 A minor key signature just refers to the song being in a minor key, such as D minor.  And a minor chord progression would just be a series of chords in that key (which is something I will cover in the next blog on chords in scale).  I will also be discussing what a natural minor scale is.

So in this blog I covered such cool topics as the minor scale and intervals (what is a minor 3rd, etc), tricks to remember intervals, minor scale positions on guitar, etc.

In the next blogs I’ll show you how to play the major and minor scale all over the entire fretboard, and how to know the chords that go with any key!!!

I hope this helps you on your musical journey!  Thanks for reading!!!

Be excellent to each other!!!
Coren Smith
Divine Guitar Lessons