In the last blog on rock n roll guitar I introduced some rock guitar basics, and we talked about things like power chords, basic open chords, palm muting, and shredding guitar riffs…

So we took a good look at rhythm guitar to get you rockin!

Now if we’re looking at rhythm guitar vs lead, we can see that with lead guitar you also wanna get good at playing guitar solos.

In this article I’m going to introduce you to some of the elements you need to know to play lead rock guitar!

This is the A minor pentatonic scale for guitar: 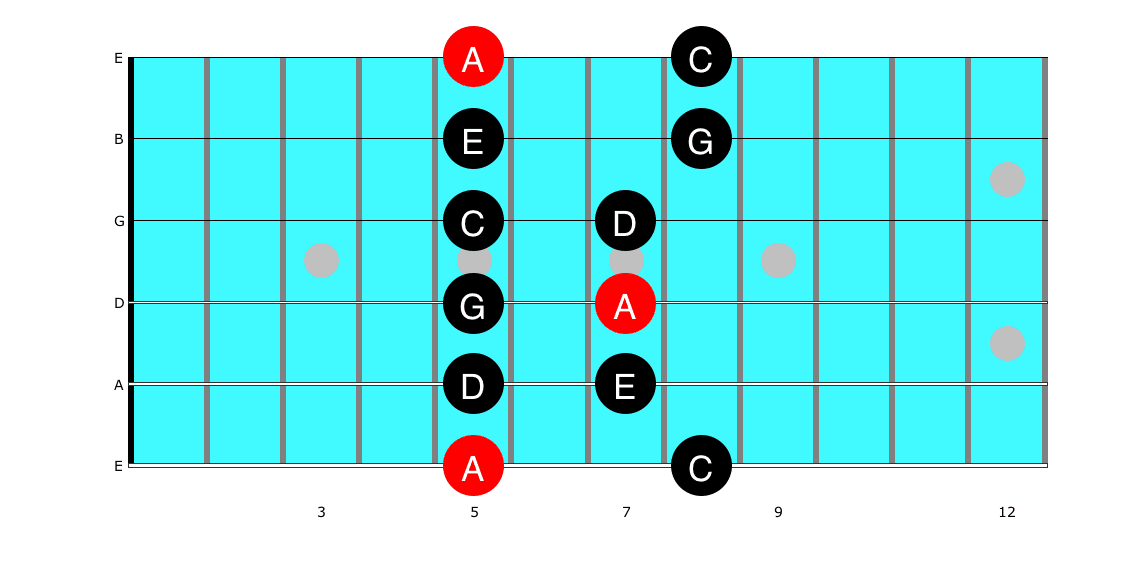 As you can see here the minor pentatonic scale is presented in A minor.

You can play it in any key by finding the root note on the low E string and then playing the same pattern.

For example, here is the F minor pentatonic scale: 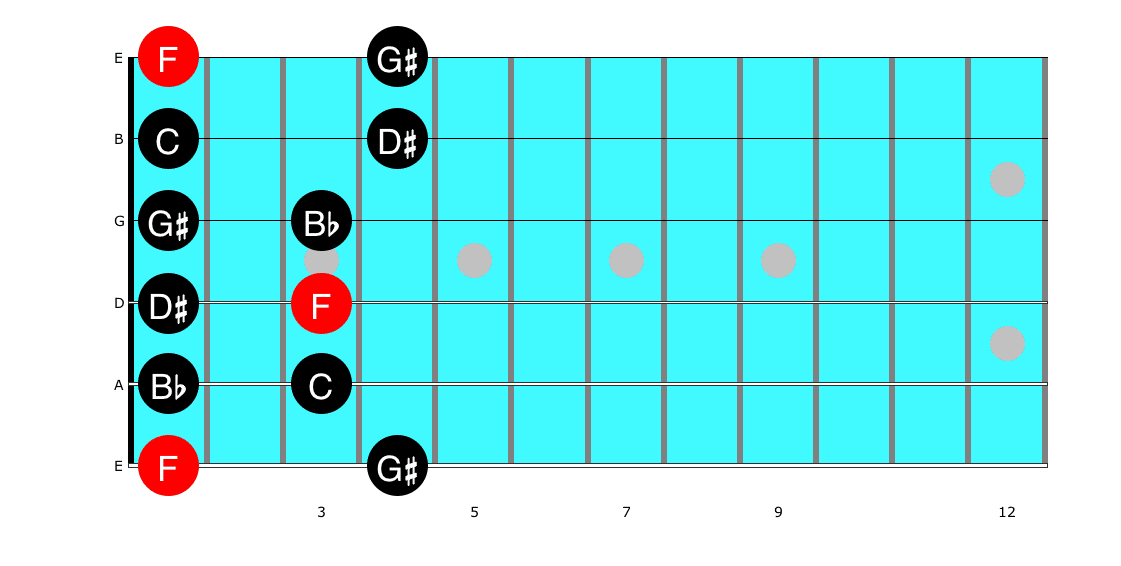 See how it’s the same pattern?

This scale is widely used in rock music of all ages, so get good shredding it!!

Here are some rock guitar techniques using the minor pentatonic scale that you can work on:

Once you get used to soloing with minor pentatonic scale, I recommend getting down the minor scale.

As you can see, it’s very similar to the minor pentatonic scale, with a couple of added notes that make the full minor scale. 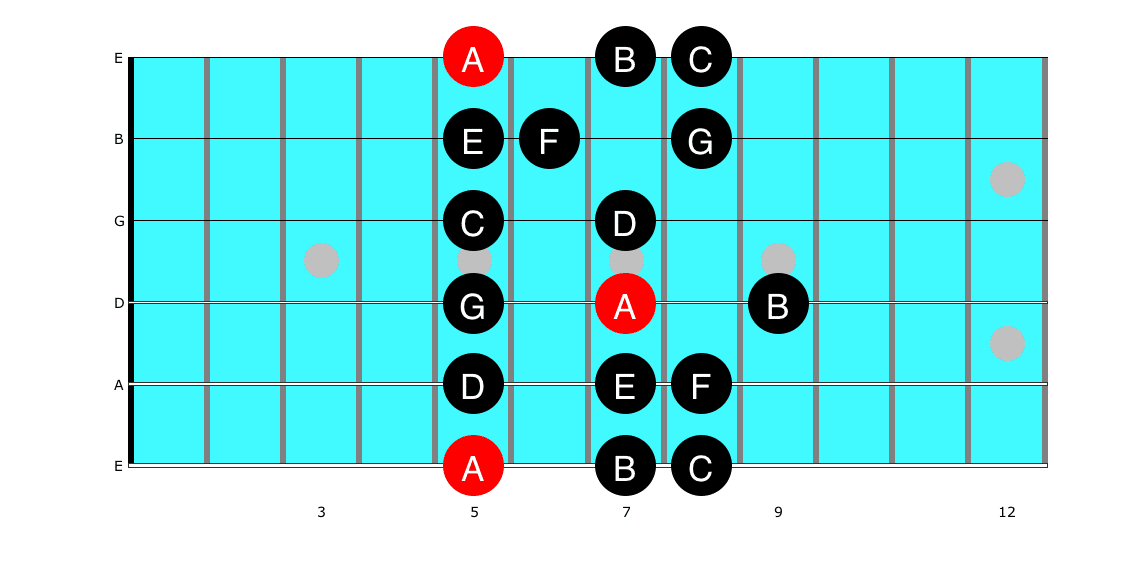 This is the A minor scale.  Just like the minor pentatonic scale, you can play it in any key by finding that key on the low E string and playing the same fretboard pattern. 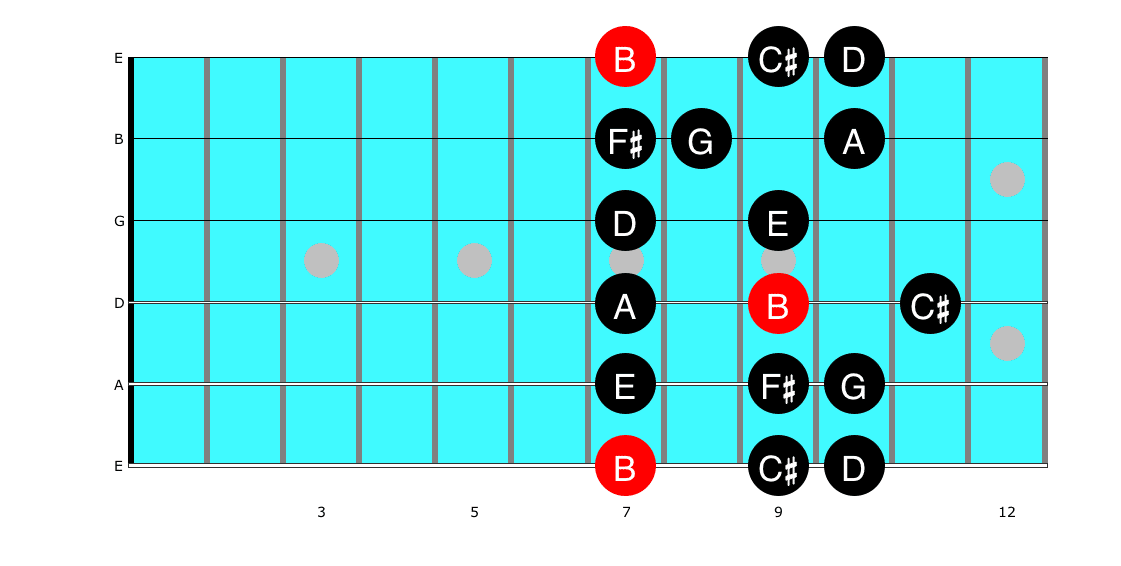 An important concept is that whatever key your rhythm is in, solo with the scale in that key!

So you can use the Bm scale with a rhythm in B minor.

Backing tracks are a good way to practice your solos.  There’s plenty on YouTube.

Here’s a Bm backing track to get you started:

Excellent!  Hopefully you’re getting a feeling for using your scales over rock rhythms!

If you wanna hear how I solo over this track you can check that out here: 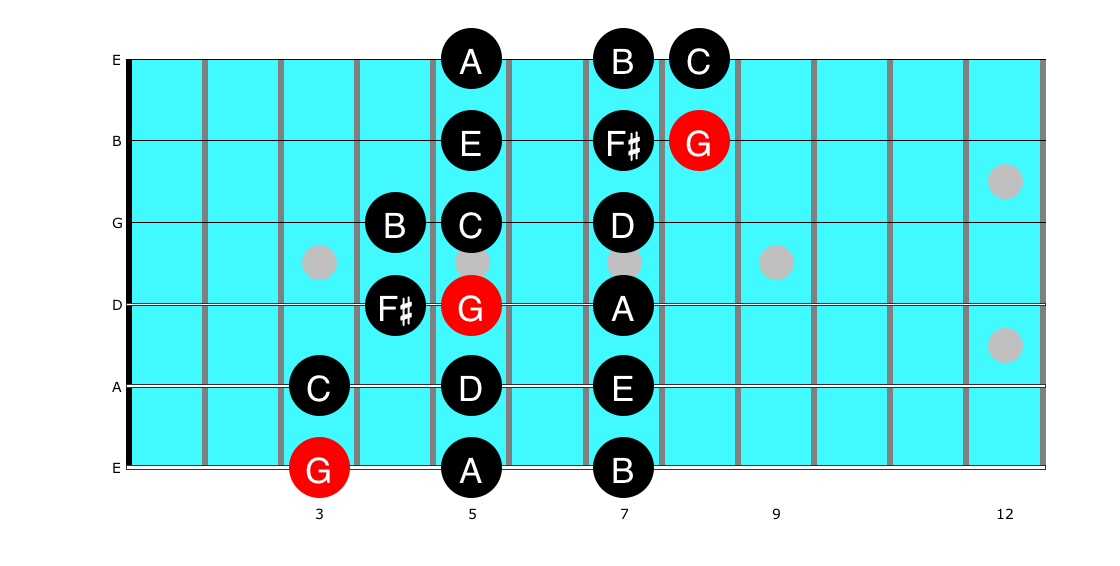 This is the G Major scale.  It will work with a rhythm in G Major.

Here’s a G Major backing track for you to practice with:

Just like our other scales, to play it in any key simply find the root note along the low E string and play the same fretboard pattern!

For example, here’s the A Major scale: 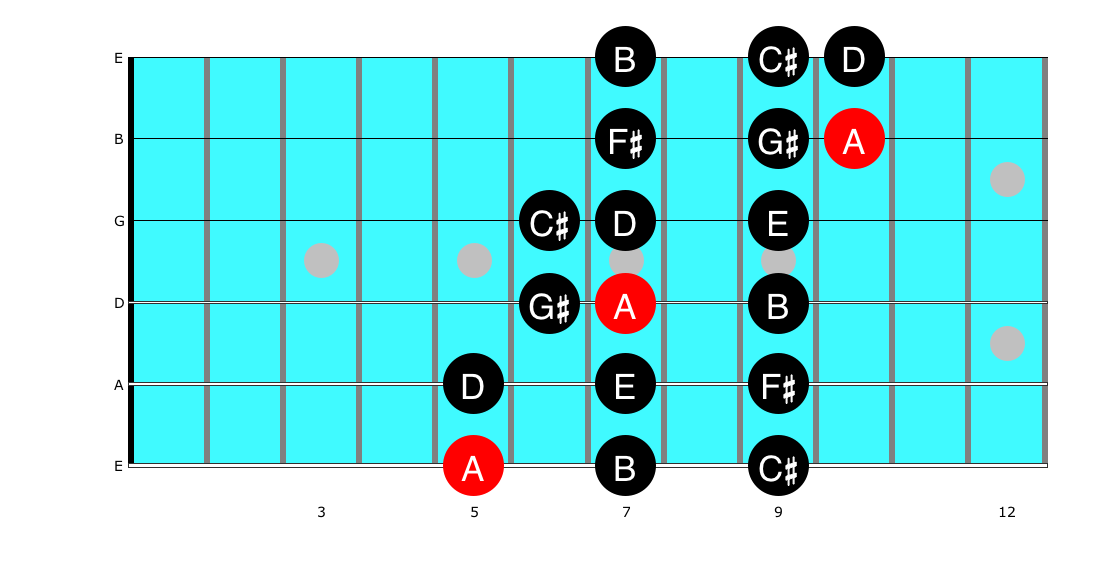 Here’s one more video for you to teach you some awesome lead guitar techniques for Rock N Roll!

These are all fun things I teach my students online!

If you want to learn how to Rock feel free to connect with me!

I teach virtual guitar lessons so anyone anywhere can learn how to shred in the comfort of their own home!